Montblanc is the name of our village
in the heart of Languedoc in the real South of France.

The village of Montblanc

dates back thousands of years. Bronze age settlements have been found here and the main town was built in Roman times.

Named after the local white stone, Montblanc was established from the earlier settlement in medieval times with a fortified church and adjoining chateau-fort.

Like many local villages Montblanc had strong defensive walls and gates, not only to keep out the wild animals, but mostly to protect the inhabitants from riding parties who landed on the Mediterranean shores. Vikings, Saracens, Phoenicians – for centuries the rich coastal plains fo the mediterranean were attacked, people taken from the fields into slavery and the livestock and crops stole. So important towns like Montblanc wee created as protective structures for the local people to gather in dangerous ties.

The church in Montblanc was founded before the 8th century, by the 10th century it wa sa fortified structure, the hidden staircase where villagers around Montblanc could climb to the roof, pull up the ladder and probably drop stones on the head of raiding parties is stil there and when you visit Montblanc you can still see this.

The Vikings who now come to Montblanc are more peaceful, we have many visitors from Scandinavia, but they are usually in Volvos not longboats.

For a taste of history and to discover the real south of France, stay in Villa Roquette in Montblanc. 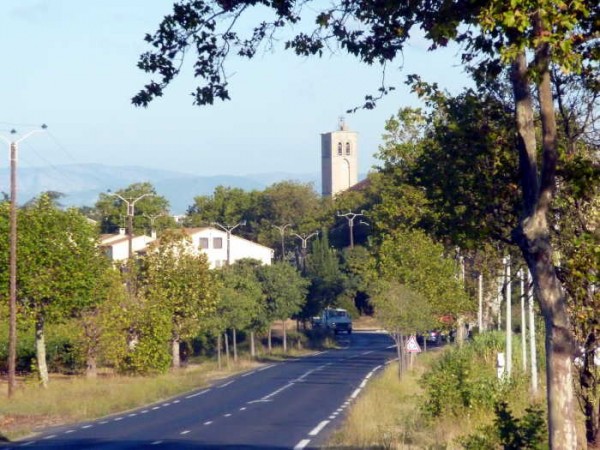 Montblanc in the heart of Languedoc

There is a lot to discover around Montblanc there are still remains of Roman roads untouched and unexplored for centuries. We walk our dogs through the fields and find old pottery, tiles and evidence of people who worked the land and quqrries a long time ago.

Montblanc has a lot to offer the visitor, not least the true welcome of a French village, the local wine and confident  peace, tranquillity and quality of life hard to find in most places