The Herault valley in Languedoc is a fascinating geological area. Lava flows, inversions, ice ages and millions of years have made this a paradise for fossil hunters.

Out walking the dog I see many areas of fossil strata – some in coal deposits not far from us, many just in lines across vineyards on our doorstep.

I will try to get some accurate maps sorted and find some references, but there does not seem to be much interest locally. 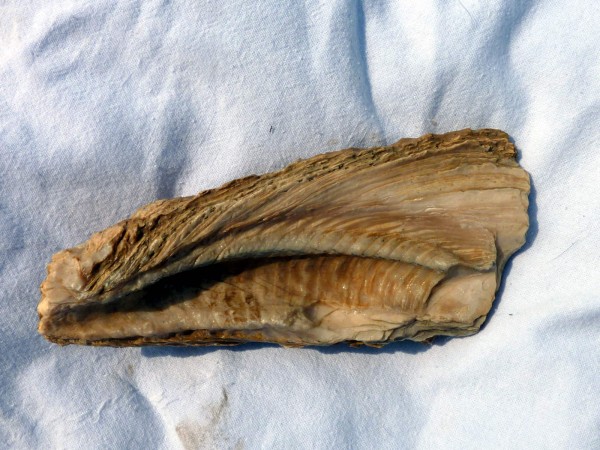 Fossil laying in a vineyard near Villa Roquette, there were tons just lying on the ground.

Some vineyards have a ‘row’ of fossils just lying on the ground. I have found a layer between two rows of vines where local medieval builders would collect them for rubble, putting tons of them into the walls of houses. 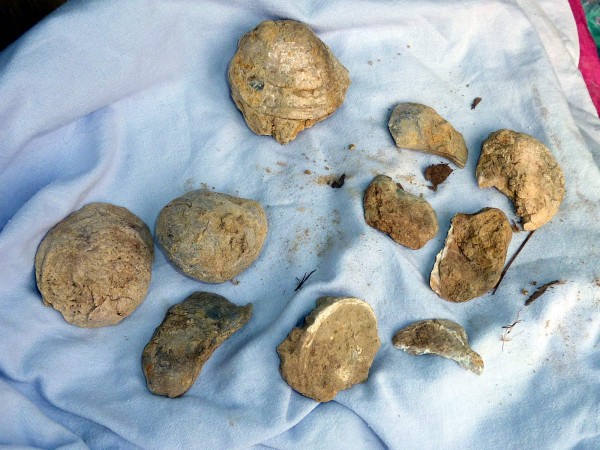 Other areas have ‘strata ‘, layers of rock and mud with millions of fossils in them – I pulled a handful out of the lose clay in a few minutes, the temptation to keep digging and find a huge dinosaur was almost irresistible 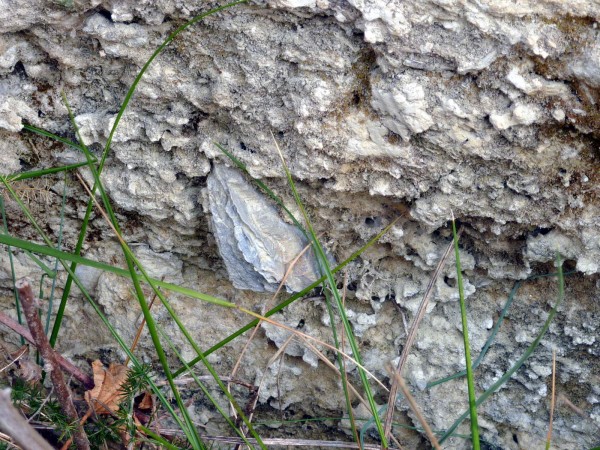